Cocoa Production in the Solomon Islands

The Solomon Islands cocoa production by province for 2010-2020 is shown in Figure 1.1 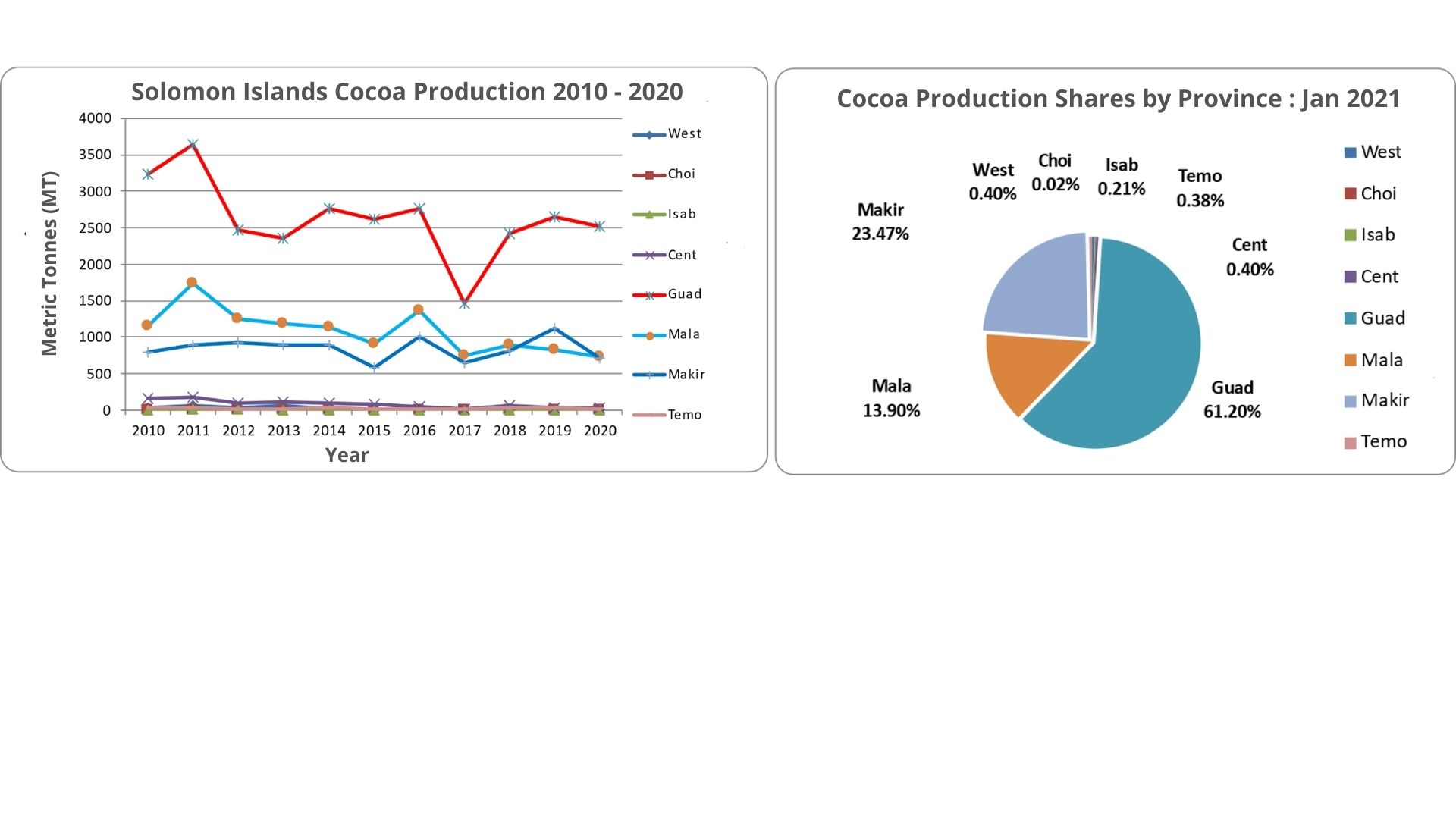 Most cocoa blocks are tended by families and managed on an informal basis which contrasts to the commercial farms in West Africa or South America. For this reason many of the industry issues that trouble the cocoa industries in these regions are not a problem in the Solomon Islands, such as slave labour or deforestation. Cocoa is usually planted under bananas, coconut or other trees and form part of the forest system.

It is difficult to buy fertilisers and chemicals outside of the capital Honiara, and for this reason most cocoa blocks in the country are organic. The fact that each cocoa block is owned by a family also makes it difficult to establish formal organic certification since to make this cost effective, it requires a large number of farmers to organise themselves in a group, which then provides administrative challenges.

Having said this, there is certified cocoa available for export current with one major exporter of both cocoa and coconut products – you can find more about Kokonut Pasifik here - https://www.kokonutpacific.com.au/

The Solomon Islands has a unique blend of genetic varieties and most cocoa blocks are a combination of many generations of different genetics.

The most common variety is Amelonado, which is derived from Forastero. Forastero historically wasn’t considered a fine flavour cocoa, however grown in the Pacific under completely different growing conditions to South and Central America, this variety has delighted chocolate makers with its unique and interesting flavour profile.

Due to replanting schemes in the 70’s and 80’s in the Solomon Islands, there is also significant production of Trinitario and Criollo varieties, which are well renowned for their ‘fine flavour’ genetics.

Would you like to order cocoa beans of a specific variety, flavor profile or farm origin from the Solomon Islands?

Copyright © 2014-2023 - Solomon Islands Chamber of Commerce and Industry. All Rights Reserved.
Fully managed and hosted on